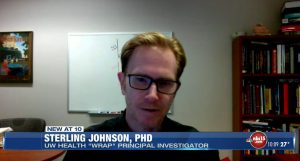 More than 1,700 research participants have enrolled in WRAP since the registry began, making it today the largest family history study of Alzheimer’s disease patients in the world. WRAP Principal Investigator Sterling Johnson, PhD, discussed the importance of research participants and how they have helped scientists evolve the study of Alzheimer’s disease.

“Our participants and our researchers are a team,” Johnson said. “We are enabling real progress toward a future of delaying, preventing and ending Alzheimer’s disease.”

A WRAP research participant, Kathy Schmitt, shared her reasons for volunteering in an interview with Rockford television station WTVO. Schmitt has participated in WRAP for the past 14 years, something she said she was inspired to do shortly after her mother died.

“I thought this is a way that I can honor my mom, and maybe add a little bit to the body of science and potentially spare another generation from watching their loved one wear away like she did,” Schmitt said. 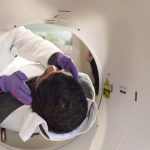 November 2021 marks the 20th anniversary of the first participant enrolled in WRAP.

Celebrating 20 years, with a focus on a future guided by advancing equity

As we look to the future of WRAP, we examine the societal challenges we’ve experienced this year and how they shape our next steps. Read news from the WRAP Update.