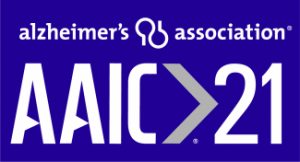 The Alzheimer’s Association International Conference (AAIC) attracts scientists and clinical researchers from across the world to come together to share new ideas to advance the goals of prevention, treatment, and care improvement of Alzheimer’s disease.

This year’s event is in Denver, Colorado — with a virtual option — and UW researchers are authors or co-authors on more than 80 scientific presentations. WRAP Principal investigator Sterling Johnson, PhD, is presenting in multiple discussions at AAIC, as well as WRAP contributing scientists including Erin Jonaitis, PhD, MS, Tobey Betthauser, PhD, and Rebecca Koscik, PhD.

“UW–Madison is world renowned in Alzheimer’s research and we will present our cutting-edge findings this week,” said Sanjay Asthana, MD, director of the Wisconsin Alzheimer’s Disease Research Center (ADRC). “We will collaborate with other scientists and come back to launch new projects with the goal to eventually learn how to control this dreaded disease and one day find a cure.”

Amy Kind, MD, PhD, professor of medicine (geriatrics) and an Alzheimer’s disease researcher at the University of Wisconsin School of Medicine and Public Health, was selected to give a plenary address at the conference, discussing the social determinants of health and how they could impact brain health in different populations using the Neighborhood Atlas.

Here are a few examples of the cutting-edge research presented at the conference this week by UW researchers who hold Alzheimer’s Association Research Fellowships:

Researchers find genetic factor influences age when Alzheimer’s disease begins
There is no way to predict who will develop Alzheimer’s disease or when, but scientists at the University of Wisconsin–Madison found the presence of APOE-e4, a version of a gene long known to be a risk factor for Alzheimer’s, affects the age at which a person starts to develop early brain changes associated with the disease. Tobey Betthauser, PhD, assistant professor of medicine (geriatrics) at the UW School of Medicine and Public Health, and his colleagues found that people who are APOE-e4 positive are younger when they first develop abnormal accumulations of the beta-amyloid protein in their brains than people who do not carry APOE-e4. Betthauser and his colleagues study the timeline of Alzheimer’s disease, from the start of beta-amyloid accumulation (the protein in the brain that causes Alzheimer’s) to the onset of cognitive impairment, or changes in memory and thinking skills. This timeline varies person-to-person, but typically spans 10 to 20 years. Betthauser’s work also shows that APOE-e4 status, age and sex contribute to the pace of the disease. Betthauser says he hopes this work will help scientists understand why some people progress to cognitive impairment faster than others, identify ways to slow down that progression, and lead to Alzheimer’s disease staging similar to the staging process used in cancer diagnosis.

Experiencing traumatic events in adulthood is associated with later-life cognitive health, especially among African Americans
Life experiences shape brain health and risk for Alzheimer’s disease and related dementias. Megan Zuelsdorff, PhD, assistant professor in the School of Nursing and an investigator in the Wisconsin Alzheimer’s Disease Research Center, is interested in addressing modifiable dementia risk and studies how stressful events and biological stress processes impact cognitive aging. Using data from the Health and Retirement Study, a nationwide longitudinal panel study of about 20,000 people in the United States, Zuelsdorff and her colleagues looked at the number of traumatic events people experienced during childhood and adulthood and their relationship to cognitive health. They found that childhood trauma doesn’t relate to later-life cognition, but particularly for African American older adults, experiencing many traumatic events during adulthood is related to poorer cognitive health later in life. Clinical screening for trauma and connecting patients with needed supports may support better memory health and delay impairment.